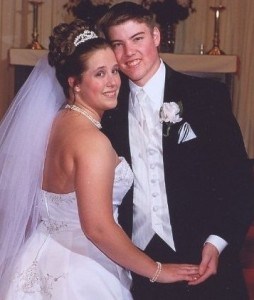 It's an honor to be writing here from the perspective of a D-Wife, though it's nothing glamorous. It's just our life, what we know and do, and I hope that someone can get something out of what is shared here.

We've been married for six years this September (2011) but have been together for about 10 ½ years total. From time to time, I have tried to write my story down. But really, I find my life rather boring and hard to write about. No children yet, except the furry kinds who rule the Hoskins Household. So here it is, in a nutshell:

I'm the one who married a man who I love and makes me laugh, and also happens to have type 1 diabetes. And it doesn't rule my life.

This post written by Susanne Hoskins was originally published on DiabetesMine, on July 28, 2011.
Family Family and Diabetes love marriage