Showing posts from April, 2016
Show all

Diabetes Device Recalls (Part 4): How to Improve the System

- - - - - -- - - - - - - - - - - - - - - - - - - - - - - -  Tracking the trends of diabetes device recalls is no easy task, whether you're a regulator, manufacturer, patient or provider -- or even a casual observer of medical device safety. As we've reported exclusively for this DiabetesMine series, we experienced for ourselves just how complicated the system is -- making it nearly impossible to get a clear picture of how safe our devices really are, and what happens if and when a product is recalled. Conspiracy theories sometimes get tossed into the mix (i.e. industry puts "profits over people"), we don’t believe anything nefarious is going on. Rather, most of the failings come with the size and complexities of the system, and the traditional ways that FDA and manufacturers communicate with the public about potential problems and recall actions. It's reassuring to know that FDA really is trying to improve this process. In fact, one of our
Post a Comment
Read more

Diabetes Device Recalls: The Role of Lawyers (Part 3 of 4)

In the world of medical device recalls and safety concerns, we sometimes forget that the legal system is an important part of the mix, that can play a big role in keeping people with diabetes safe. Of course, we shrug off the sleazy-looking TV commercials by lawyers, with their injury hotlines and entire websites devoted to product liability claims. These attorneys are often referred to as “ambulance chasers” and generally aren't considered legit or trustworthy. But the fact is that the courts and lawyers are just as much a part of the system working to monitor medical device safety as the manufacturers, regulators and advocates in this country. Naturally, it's the more dramatic and highly publicized recalls that are most often tied to litigation, like the lawsuits alleging wrongdoing that led to injury or wrongful death levied against diabetes companies Abbott, LifeScan, and Medtronic in the past. Checks and Balances Although we tend to think of the legal
Post a Comment
Read more

Diabetes Device Recalls: A Tale of Patient Impact (Part 2 of 4)

D-Mom Polina Bryson remembers when her 9-year-old daughter started seeing numbers on her Abbott FreeStyle meter that didn’t seem right. The blood sugar results were low, but that didn’t jibe with how her daughter was feeling at the time. And those numbers didn’t match up with what their trusty Dexcom continuous glucose monitor was displaying, either. This was in early 2014, about a year after Polina’s daughter was diagnosed with type 1 diabetes. She was using the OmniPod tubeless insulin pump and the integrated Abbott FreeStyle glucose meter that went with it, and they had been depending on the glucose readings from that meter to make dosing decisions. Luckily, when these surprisng low readings began to appear, they had the CGM as an extra layer of security and enough sense to check the girl’s blood sugar on a different meter. That indicated the results were off, and certainly not numbers they should be using to dose insulin and calibrate the CGM. Soon, Polina learned
Post a Comment
Read more

Multitudes of diabetes devices have been pulled from the market or flagged for possible flaws over the years, from glucose meters and test strips to insulin pumps, continuous glucose monitors and other products we rely on to stay healthy. Of course, we have a big federal agency overseeing these regulated products, and an incredible amount of time and energy goes into responses to recalls when they come up. But with hundreds of such incidents recorded during just the past 15 years, that’s a lot of responsibility to carry and a lot of margin for error. And with so much potential for danger, we have to wonder: Is this process working properly as it should, to keep us patients safe? Simple answer: We don’t know. We've learned that data on FDA recalls is incredibly complicated to analyze, which makes it tough to reach any overarching conclusions. We've spent the past several weeks examining FDA records and delving into various aspects of this issue -- industr
Post a Comment
Read more 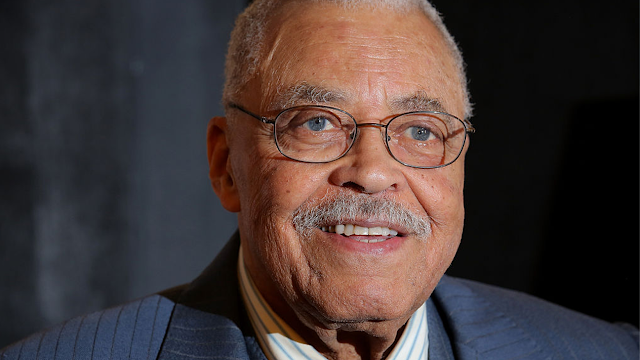 Jemal Countess/Getty images He is the voice of Darth Vader, and the guy who delivered one of the best-known modern monologues in "If You Build It, They Will Come" from the movie Field of Dreams . Many may recognize his deep, authoritative tone from his countless award-winning roles over decades in Hollywood... And now, legendary actor James Earl Jones has revealed he's been living with type 2 diabetes for over 20 years and is using his voice to raise awareness. Yes, the 85-year-old star is "one of us," a member of the D-Club that no one asked to join. On March 30, 2016 he shared his story with the public for the first time, while also announcing that he's now working with pharma company Janssen Pharmaceuticals to help promote their T2 SGLT2 inhibitor drug Invokana (the "pee drug," because it sloughs off excess glucose through urine), which he's been using himself for several years. Mr. Jones is the latest in a string of celebs with diabetes w
Post a Comment
Read more
More posts