Showing posts from January, 2019
Show all

It was New Year's Eve, but the celebratory spirit wasn't the only thing on the mind for some families using continuous glucose monitors (CGMs). In fact, it was quite the opposite when a Dexcom server crashed, leaving many in our Diabetes Community unable to see their CGM data stream or view shared data for remote monitoring. That was the case for Scott E. Kelly and his family in New York, who felt blindsided when the outage suddenly hit without warning from the California CGM manufacturer. Although Dexcom was working diligently over the holiday hours to fix the issue, the company unfortunately didn't communicate that to users out in the field. Kelly's 10-year-old daughter was diagnosed the day after her 5th birthday and has been using a Dexcom CGM with data monitoring on the phone app for several years now, with "amazingly wonderful" results, he says. But he sure wasn't happy with how everything played out over New Year's Eve. "I work
Post a Comment
Read more

Remembering Ivy Lockett and Her Diabetes Camp in Georgia 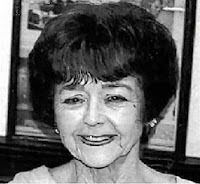 Years back, we were lucky enough to connect with longtime type 1 advocate Ivy Lockett in Georgia, who was diagnosed as a girl in 1949 and later founded a diabetes camp named after her in that state. She served as camp director for 37 years before the camp closed down in 2014, and all who knew Ivy attest to how many lives she touched with her vibrant personality. Sadly, Ivy passed away in 2018 (from breast cancer) at age 81, and D-Mom Pamela Heyward who knew Ivy well shares this: "Ivy Lockett was a great friend of mine. We went from strangers to closest of friends. when I stumbled upon her camp and emailed her... fiery as she was, she immediately called me asking, 'How did I possibly get her contact info and who was I?' I explained and then she became my greatest admirer and her mine. We never met in person but spoke almost weekly on the phone. We said, 'I love you' upon closing every time. Every time Ivy called she'd ask, 'How are you doing, Beautiful?
Post a Comment
Read more
More posts