Chuck Norris and My Diabetes

March 10, 2011
This month marks my diaversary, or my diabetes-diagnosis anniversary.

Or so I've decided for myself. This is a self-designated diaversary because the actual date in 1984 when I was diagnosed has been lost in time. We didn't catalog the exact date and any diagnosis records from Children's Hospital of Michigan in Detroit have long since been destroyed. However, we know it came on the heels of my birthday following my maternal grandfather's death in late January that year.

Back in 2010, I made an executive decision that March 10 was going to be the actual dia-versary for me based on my receipt of a replacement Paradigm 722 pump swapped for the one pervious one that got a case of "mass battery suckage" and needed to be put down. So, with the arrival of my new pump - dubbed Bacon Gibbs - it seemed like a perfect anniversary gift to mark the diaversary from then on.


But what I didn't realize when self-designating this as my "diabetes day" and what makes this even cooler is the fact that March 10 isn't only my diaversary... it doubles as THE BIRTHDAY OF CHUCK NORRIS! You know, the guy the galaxy knows as Walker, Texas Ranger!!! 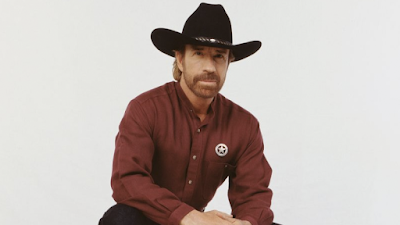 How awesome is this. Seriously. I must credit a good DOC chum Martin for pointing out this historical date to me, and to the others who chimed in with wise cracks such as "Was it Chuck who roundhouse-kicked your pancreas into the diabetes world." So true. I'm floored by this, and think it's cooler than... well, I don't know. Cooler than anything I can think of right now.

You see, Chuck Norris is somewhat of a force not only in Texas Ranger Land, but also in diabetes land... kind of like the mythical unicorns, in a sense. Mentioned periodically, strategically, like in clever posts such as this one by Kerri over at Six Until Me. Just good stuff, all around. We do enjoy our humor, us diabetics.

Anyhow... Moving on to the point. Looking back, the year when diabetes entered my life had Ronald Reagan leading our nation, and welcomed movie classics like Terminator, Ghostbusters, Karate Kid, Temple of Doom, and Sixteen Candles. Of course, it was also a month when the NFL's Baltimore Colts packed up trucks and moved to Indianapolis in the middle of the night.
My Diagnosis Tale: An overnight visit to the paternal grandparents' home wasn't uncommon, as I was the first grandson and had many spoils as a result of their love. But the unfolding of events that day were anything but common, at least up to that point in my life. Awake often during the night. Excessive thirst. Frequent bathroom trips. Moodiness (for a 5-year-old). My grandparents explained these symptoms to my parents, who instantly knew there was a problem - as my mom has been a Type 1 since she's been 5.

Urine tests, which were mostly all that was available at the time, showed results that were very high. A quick visit to the pediatrician's office had that doc pointing to diabetes, but him wanting to send me for blood tests and admission at Children's. My mom recalls standing in the hallway crying, and having a staff member at this doctor's office saying to her, "Don’t worry, it’s not that bad.” Her response: “You obviously don’t know what is involved in this or what it is, or you wouldn’t have the nerve to say that to me.”

Once at Children's, tests confirmed the suspicions and I stayed there for three days, since I'd been diagnosed early in the "honeymoon" phase and since my parents already knew most of what they were instructing - diet, injections, other management aspects. 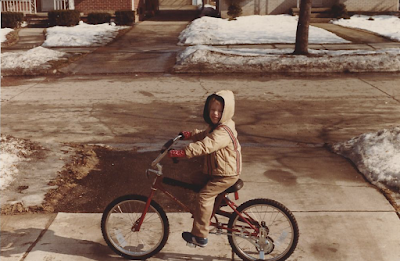 Once out of the hospital, memories aren't many as I was so young. There's one I do remember, and I've cataloged in my mind as: "My first injection." This may not be the case, but it's good enough for me as that's how I recall it. At this time, I was sitting on the couch in my grandparents' house and refused to let it come near me. There was an orange. Their Brittanies (family dog) were present. I didn't want the shot. But, ultimately, the reality prevailed and I ended up with my pants down and the needle going into the behind. The first of many injections, which would last for almost two decades until the time when an insulin pump came into my life back in 2001.

So here we are. Many years later. Hope there are many more to come. However many more I've got on tap, I promise to rock them Chuck Norris style and roundhouse kick them like a champ.
D-Living

Martin Wood said…
You picked March 10 because you wanted to share a holiday with Chuck Norris, right? If anybody can beat diabetes, it HAS to be Chuck Norris! ;)

Kim said…
Congrats on the milestone, Mike! I hope there are celebratory cupcakes involved.
March 10, 2011 at 10:35 PM

Kate said…
I thought I was the only one who didn't know the exact date I was diagnosed! I remember my brother did not get a birthday party that year, so I just made my diaversary his b-day :)

Anonymous said…
for your 27 year battle, i here by dub you an honorary Texas Ranger. Congrats. Just don't try to use that if you are pulled over or something.

Teresa Halminton said…
If you are interested in your favorite actors' net worth and detailed information, please take a look at celeb networth database.
April 21, 2022 at 11:43 AM