Why I Fired My Endocrinologist, and What I Want in a New One

June 05, 2015
A couple of weeks ago, I laid off my endo because he wasn't willing to work with me on trying out the new inhaled insulin Afrezza.

How it all played out was unexpected and not how I would typically handle something like this, as it was a spur of the moment decision over the phone.

I had called his office first thing that day with two specific goals: to get a regular-check appointment on the calendar, and to have him consider my interest in using the new inhaled insulin product Afrezza.

In the first few months since Afrezza hit the market, I've been curious about trying it myself after hearing how it's a double thumbs-up for many patients in their D-management. I'm still skeptical and have lingering concerns about the long-term risks to the lungs, but nevertheless I want to give it a puff (ha!) for myself just to see.

Going in, I really don't plan to use it as my go-to meal-time bolus insulin. Rather, I simply want to see how it works for those stubborn sky-high blood sugars that take a really long time to knock down. And maybe to cover some high-carb meals (though I've been working to reduce those as much as possible).

In other words, right now I'm just interested in test driving Afrezza. And I think it's really important for as many patients as possible to have that opportunity, to learn about how this controversial new treatment performs in the real world.

That is what I wanted to talk about with my endo, whom I refer to online as 'Dr. Health Bug.' I really wanted to have this opportunity before heading off to the ADA Scientific Sessions this week in Boston.

But the return call I got from my endo's office that day -- quicker than most -- reported that this wasn't possible. I would not have access to Afrezza. The reason: "because it's too new."

My mind stumbled over this information, not knowing how to respond. "But it's FDA approved? And isn't that my choice to make, as long as I'm making an informed decision?!"

Apparently not, according to Dr. Health Bug.

What bothers me is not that this physician wouldn't just straight-up approve my prescription request without first seeing me and talking it over. No, I appreciate that he would want to be sure I understand all the pros and cons of using such a new and unique medication, one that is indeed pretty much untested in the real-world use as far as most doctors and patients are concerned. Afrezza was just approved and launched in February, so the scientific studies and scattering of patient testimony so far might not be enough to reassure the medical field at large over potential risks just yet. I understand that.

So I appreciate the caution.

But what DID bother me is that this discussion wasn't even something my endo was willing to have. Instead, I was told that there is an unwritten office policy of not yet approving Afrezza for patients because it's too new. Point blank. Across the board.

This is very troubling to me, and it was pretty much enough to push me over the line and decide to fire my endo on the spot (over the phone). 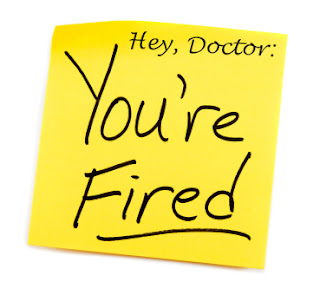 Truth be told, this was coming anyway -- and it has nothing to do with this particular doctor. In the short time I've been seeing him, I've always found him to be very friendly, responsive, and willing to work with me.

But my wife and I are on the verge of a move out of Indiana and back to Southeast Michigan later this summer, so a doctor change was coming soon anyhow. This Afrezza Rx issue just forced the issue now, rather than waiting that last month or two. I'm rather incensed about the way they're handling this.

To be honest, if we weren't moving away, I would probably hold on to Dr. Health Bug and make a concerted effort to change his opinion, but that's just not worth my time with barely two months left in the area. I did communicate my frustration to his office staff, of course, and am in the process of writing an official-sounding letter about how he -- and all endos -- need to treat patients as partners and offer them reasonable opportunities to try new therapies (!)

So here I stand, endo-less, stuck in a transitional spot that marks the reality that we'll soon be moving back to Metro Detroit after 11 years here in Indiana. We plan to be back and settled by August. It's a weird feeling, being in-between endos -- perhaps even more so than being in-between hometowns. (Odd how diabetes trumps everything!)

It wasn't all that long ago that I was in the same boat changing doctors early last year, just before I found Dr. Health Bug.

Luckily, all my prescriptions are secure for the coming months and if something does come up, I have a capable primary doc who can handle things in an emergency.

We moved to Indiana in our mid-20s and the endo I saw previously in Detroit is still practicing, but I'm not sure if we'd be a good fit these days. Fortunately, I already have two other potential endos lined up, thanks to great local connections and Southeast Michigan D-Community. So, I'm not worried like I was back in 2004 when moving to a state I'd never even visited for more than a couple days prior.

But I still find myself a bit nervous about "screening endos" and finding one with the essential qualities of:
Clearly, a big factor in doctor-choosing will be how receptive they are to listening and working with me; that's pretty much a deal-breaker. And hopefully, by Fall, I can get my hands on Afrezza for my own test drive and report back on how that goes. 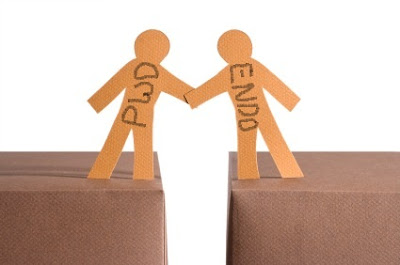 The doctor-patient relationship is a two-way road, IMHO, and that's what I will be looking for in the coming months.

This post was originally published on DiabetesMine in June 2015, as written by Mike Hoskins.
Health Care