The inquiry came from my wife, tossed in my direction non-nonchalantly a few days before that Friday evening we were planning for. Her question seemed innocent enough, but really it was just disguised as one that could've been asked any night of the week. This time, there was a lot more pressure tied to the answer.

You see this was no ordinary dinner. It was my birthday dinner, on Feb. 1. My 35th, to be exact.

We actually were planning for Friday night (Jan. 31) rather than my birthday on Saturday, because we had planned to be spending the day and dinner hours with our friends. Their youngest daughter was turning 3 and that was the day they'd chosen for her birthday party. A three-year-old unwrapping gifts, slopping cake all around and just smiling and experiencing new things in life is just more fun all around. So, we planned to go out the night before. 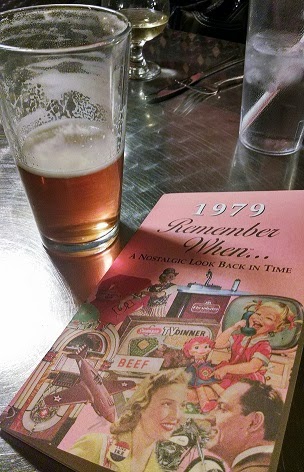 The only requirement was that there be some interesting beer choices, so we opted to venture to a local tavern we hadn't been to before so I could enjoy some local Indiana craft beers.

My two beer choices: a thicker beer known as the Indiana City Shadow Boxer Oatmeal Stout, and also a Bell's Hoppslam Ale Double IPA that came in at the high alcohol content of 10.0%.

You can see how much I enjoyed that beer, from the photo to the right over there... (next to the nice Remember When card from my in-laws).

Hey, and while we're talking numbers...

Apparently, birthday boluses were lining up in my favor during this celebratory time in 2014. I'm actually very proud that, along a steak dinner with some sweeter wine sauce on it, the beers and food were relatively easy to bolus for and I spiked briefly to about 250 that night. Totally bolus-worthy!

The next night, on my birthday, the 3-year-old's birthday party ended up being cancelled because her mom got sick, so we ended up going out to dinner by ourselves again. This time, it was a local burger joint and some Indiana microbrews were again in my sight.

That night there were two on my tap-list:

Followed by an after-dinner "dessert" drink...

Both were great and I'd highly recommend them again. And yes, just like the night before, my dosing seemed like it was right on the money.

For both nights, my blood sugars were pretty spot on and steady except for the post-dinner spikes that didn't go over 250 mg/dL. The Dexcom G4 kept me in the steady 100s most of the time, and I only rose up higher when failing to count my carbs correctly. And that's all on me, but I'm totally fine with it. The fact that I knew the reasons for those Highs is comforting in itself.

OK, now imagine the BEST birthday cake you could ever get if your name was Mike and you were a beer lover? It might look something like this...

No, that's not the cake I got. Actually, I Googled "birthday cake" and "beer" and "35th birthday" and that image appeared, looking all delicious. Apparently, a girl named Jen in New Jersey designed that cake and posted a blog about it a couple years back. No idea who this woman is or whether her "Customised Cakes By Jen" still exists, but I couldn't pass up the chance to post a pic and plug her cake-creativity!

But short of that beer-themed 35th birthday cake, what I got was just as good in my little corner booth of the world. 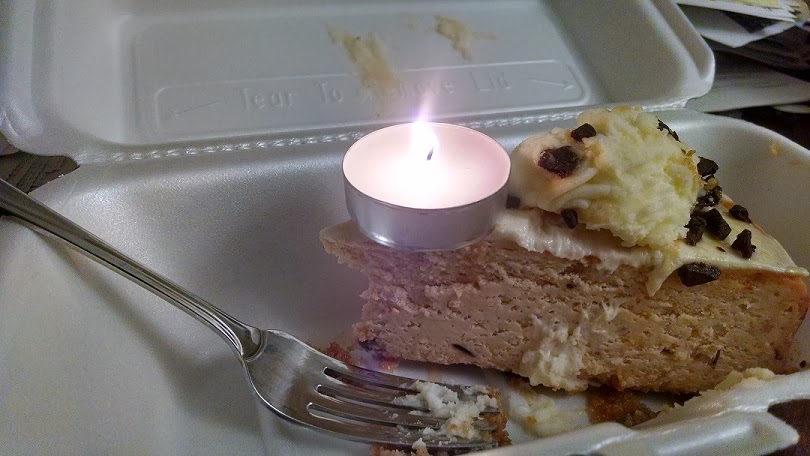 At our fun dinner experience on Friday night, we got two dessert choices. Since we decided to split one piece of cheesecake and bring the other home, that became my wonderful piece of birthday cheescake (complete with chocolate sprinkles, caramel topping, and a perfect chill from the fridge by the time we got home). Of course, we didn't have any cake candles in the house... so we made due with a tea light!

Yes, I'm sure my bolus of 50g for that cheesecake was off... as the mid-200s proved later in the evening. But again, totally worth it.

Oh, and the gift. Nothing big, just a special "you so understand me" gift from Suzi. We saw this little sign in the aisles of Target a few weeks earlier while doing some grocery shopping, and it spoke to me. Even Tweeted it to some DOC friends, I recall. Anyhow, now I've got it hanging up in my home office where I can see it every day. After some obligatory poses near my massive coffee mug, the sign got to its home on the wall. Now, the little Coffee Understands sign is hanging on my home office wall underneath the "Java Dreams" picture featuring Elvis, Marilyn, James Dean and Bogey. Perfect companion pieces, if I do say so myself. 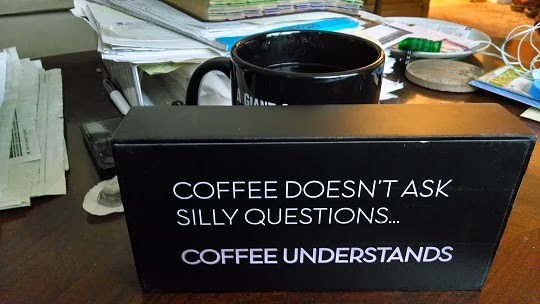 Other than that, we had a non-eventful night at home on Super Bowl Sunday and watched the game and commercials. That followed, of course, a full day of enjoying the Walking Dead marathon (#Zombie Bowl) on AMC. Being a big fan of this show, I'm quite excited about the mid-season premiere coming up on Feb. 9 -- and really I've just biding my time until that moment arrives.

We had no stock in the football game and couldn't help but laugh at how it played out (no spoilers here, sports fans), and while there were some good commercials, we didn't feel they weren't as memorable as years' past. Yes, we liked the Cheerios, Coca-Cola, Budweiser Puppy Love and Radio Shack 80s commercials, along with the Doritos time machine ad. But being from Detroit originally, we're biased and really enjoyed the Bob Dylan commercial more than most (but not more than the Clint Eastwood and Eminen commercials of Super Bowl past).

Oh, and besides my birthday gift, the Riley Dog did get a gift of her own in honor of the Super Bowl... 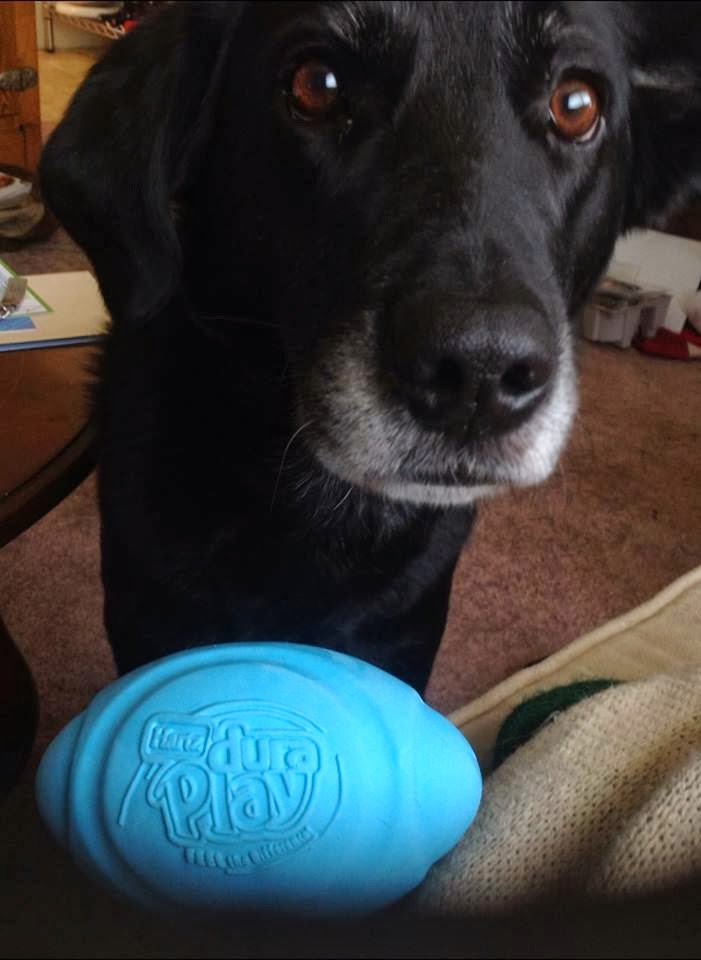 Anyhow, that was the 35th birthday weekend. Thanks for reading, all.

Now, go get a drink (coffee or beer, your choice)!

Laddie said…
This may not be a big birthday for you, but I bet it is for your parents. You are the age of my oldest son who will be 35 in April. I am aghast that I am old enough to have a child who will soon to be closer to 40 than 30.

So best wishes for a happy birthday, my DOC friend who like almost everyone else is young enough to be my child!
February 5, 2014 at 10:43 PM

StephenS said…
Sorry I couldn't get to this until now. Happy belated Birthday. Sounds like a wonderful time was had by all (including Riley).
February 7, 2014 at 10:03 AM

shannon said…
that beer cake was amazing, and how crazy to have the name and age perfectly matched to you, randomly. happy birthday!
February 8, 2014 at 2:57 PM