July 22, 2013
While we were off enjoying Orlando and Disney and the whole Friends For Life experience, a comment came my way through email.

It was on a post written more than three years ago, back in February 2010.

The post came just after Christmas 2009, when Suzi made me a Diabetes Ninja modeled after all my talk of "being a ninja" thanks to Super G who's widely known in the DOC as the original Ninjabetic.

Anyhow, a few years have passed since then and we've since handed Lance off to a friend in the community who needed his protection - he's now been renamed, Little G.

Dr. Google or the power of online connectivity apparently came into play, bringing someone to that post. And this comment came from that person:

Just wanted to say to you and Suzi that I loved your Diabetes Ninja toy so much, I made 20 of them to send with my son to Camp Joslin for him and his cabin mates and counselors. I of course made the weapons, including a sword made from the cartridge plunger and needle cover, and a Kendo-style staff. I included a card that states "I am a Diabetes Ninja. Expert. Fighter. With cool weapons. I await your command, Sensei," in a Japanese-style font. I know they will be a HUGE hit, because I gave one to his friend and his parents found him fast asleep that night with the Diabetes Ninja tucked in his arms at a BG check. Thanks so much to your wife for this wonderful way to reach out to these kids, who do become Diabetes Ninjas at camp.


I absolutely loved this comment, and it touches my heart.

So, to the D-Mom who wrote and sent it: THANK YOU!

This reminds me of why I started writing - to just connect with others in this community. To share stories and find people who "get it." Along the way, as that's evolved, more and more advocacy and empowerment has materialized. And a career change, which was completely unexpected... But, it goes to show the power of the Diabetes Online Community to touch lives. 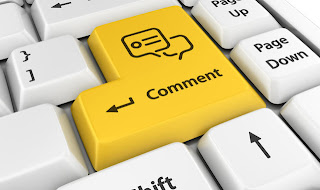 Today, Chris Snider over at A Consequence of Hypoglycemia decided it was time for a "DOC Check-In" where we celebrate everyone who reads the various diabetes blogs out there. Lurkers can chime in with a comment, and we can marvel in how connected this community can be.

My first few years of the DOC were spent behind the curtain, being a "D-Lurker" and just reading and occasionally commenting on blogs. The first ones I found to read were Kerri, George, Scott Johnson, and Amy (who is now my editor!).And I think George and Amy were two of the first D-commenters I had, back in early 2007 not long after creating my new blog to put a little diabetes voice into my writing.

The above comment is a perfect example of how we can touch each others' lives in what we write, in sharing our stories -- no matter how big or small. And how, years later, those stories we've shared can still make a difference.

I will look forward to commenting on everything I read today, and making a point to ensure these comments are more than just a "Check" but a meaningful response to what's been written. And then I'll look forward to following along on Twitter, with the hashtag #dblogcheck.

To all those who've commented: Thank you for making a difference in my life and letting me know what you think about what I have written. I would not, and this community certainly wouldn't, be the same without you.

You make the DOC what it is.

Unknown said…
WOW! I wish I could have gone to a diabetic camp when I was diagnosed at age9. It would have made such a big positive difference. Thanx for educating. I hope every parent with a diabetic child will consider sending their child to a diabetic camp.
July 22, 2013 at 8:05 AM

Scott E said…
It's so cool when those blasts from the past show up every once in awhile... and when the blast really means something, that's a double bonus!
July 22, 2013 at 8:38 AM

Chris said…
This is perfect. I'll just point everyone to this post when someone doubts the power of the online community.
July 22, 2013 at 12:07 PM

Denise aka Mom of Bean said…
the DOC is such a wonderful resource and source of support! so glad to have found it and all of the wonderful people behind it!
July 22, 2013 at 2:34 PM

Meri said…
Love it! Love the thought of all those little boys rocking the Ninja's!

victoria said…
This is a great reminder. I loved meeting you in KC, and I love that we have more in common than diabetes -- even if journalism is a changing field.
July 22, 2013 at 5:46 PM