Which Don To Respect?

Remember how I used to occasionally reference the "Don of Rage Bolusing?"

You know, that was mostly a term of endearment for my insulin pump. Even though sometimes, I used it to describe myself from time to time. In those times when I saw stubborn High blood sugars that wouldn't budget with normal correction doses, via my insulin pump.

So, I would click a couple pump buttons and dose a wave of insulin... a rage bolus, as it were (hat tip to Kerri). Since I liked to be silly and named my insulin pump "The Don," thanks to my love for the Godfather movies and TV Show NCIS where Mark Harmon plays the character Gibbs.

Yeah, it was all in good fun. A way keep my sanity while keeping up with this wondrously exciting life with diabetes jam-packed with device juggling, management tasks and mental gymnastics.

I've been on a #PumpHiatus for the past four months. There was never a certain date, and as of now I'm not 100% sure if and when I might go back to my insulin pump. This Multiple Daily Injections (MDI) system using Novolog pens, Afrezza inhaled insulin, and a twice-a-day dose of long-acting basal is working fine for me. 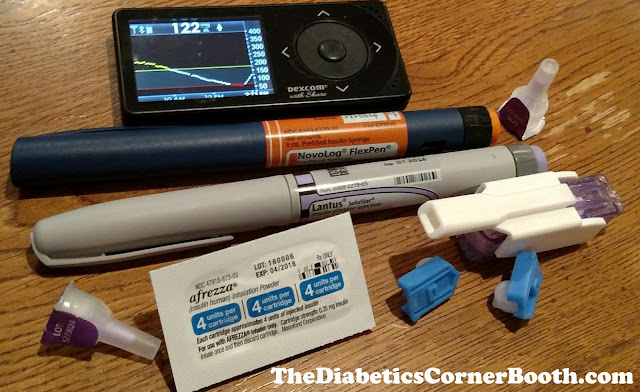 With that, I've hung up my hat (at least temporarily) as the "Don of Rage Bolusing"...

"The Don of Rage Dosing"

"The Don of Rage Inhaling"

(Hat Tip for my Type Awesome Spouse for noting this distinction.)

We'll see what happens next, and which Don ultimately wins out.

Either way, there must be respect.

In the meantime, I'm kissing the ring and trying to control the rage as much as possible. While respecting that fact that it's my diabetes calling the shots and "settling all family business" relating to my blood sugars, more than anything... 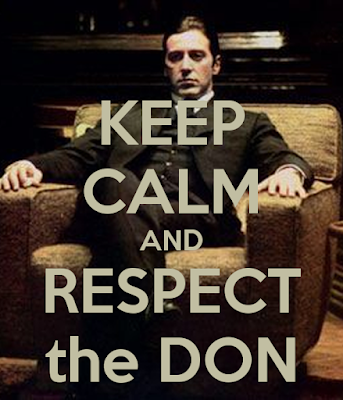 Rick Phillips said…
The name of my pump is pumpie. A female of course. Hey, I like women what can I say? Yes, pumpie often engages in the rage. She has a serious rage about her sometimes. I like to say baby take me home. She seems to have some major issues sometimes, but I still love her.

Yeah, she insists I never Rage Against The Machine because you have to Know Your Enemy.
September 15, 2016 at 9:05 PM