Are People with Diabetes Magnets for Mosquitos, Fleas and Ticks?

My dog has fleas. And so do I.

Thanks to my diabetes. 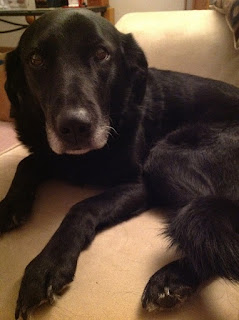 Yes, the official word from our Riley dog's vet is that People with Diabetes (PWDs) are more susceptible to bug bites, from mosquitoes to fleas. Even my endo backs that up as true statement.

If you still don't believe it, come on over to my house. I have the itchy bites to prove it.

Actually, no. Strike that. We had fleas, but we've since remedied the situation and are now telling the story - my dog and I - in order to help spread the word to fellow PWDs who might be at risk.

We began suspecting that fleas had invaded our home turf back in the early summer, when our beloved black lab Riley began scratching incessantly. We'd moved into a new house a few months before and she was itching from the start, but I chalked it up to poor air flow thanks to this being an older house built in the '50s. Dust mites, maybe. And yes, I did have some bug bites back in mid-February, which as you may remember was unseasonably warm and prime time for the mosquitoes to be hatching following the very mild winter here in Indiana.

The itching faded for the most part, hanging on a bit (pun intended!) but not causing any worry.

Until late May, when Riley was itching constantly non-stop everyday. My working from home tuned me into this more than before, of course. Sure, she'd had some allergies in the past. But nothing like this. And then, I started getting bit again. Multiple, red itchy bumps on my hands, forearms, elbow, lower legs and feet... and so on. I counted them one night: 14 that I knew of at the time, and that was before another wave of bites.

Mosquitoes? Maybe so. But I thought there might be a connection to what my dog was experiencing. After Riley made herself yelp one night from vigorous scratching, and an exam by us showed she had some red marks, we made a vet appointment.

Within 5 minutes of examining our pup (that's what I call her, despite the fact that she's about 6 years old) the doctor noted that she was flea-invested! And then, the embarrassing part: we had to tell the vet that I too seem to have been the victim of mysterious bug bites ...

Paraphrasing our vet: PWDs are more often susceptible to bites. There's something about the way we smell, our blood or body odors, that make them like us. Just like mosquitoes, fleas are on that list. If the bugs become adults and get hungry enough, they'll sidestep the pet and come after us (!) Talk about adding insult to injury!

Believe it or not, this all made perfect sense to me, as I've always been on the receiving end of mosquito suck-fests. From that very first summer after diagnosis when I was 5, and a mosquito swarm attacked me at D-Camp and left a softball-sized mass of bites behind my left knee, to my adult years every time the weather warms up. The mosquitoes -- and apparently now the %$^@! fleas -- know there's food around the corner when I'm around.

Now, some might say the reason is because "my blood is sweet." I'm not so sure, and apparently there's some debate on that.

I decided to get some real scientific answers. So, I turned to Google. Because that's where all the answers are these days, right?

Turns out this topic has been the stuff of lore for years; my searches showed turned up more than 2.5 million results, and in the past year alone there've been 149,000 new hits created. I found mentions on discussion boards, other online forums, plus mainstream news stories on this topic and articles on how research has shown that things like exercise attracts insect bites. One WebMD article, "Mosquito Magnets," fascinated me the most:

"Mosquitoes also target people who produce excess amounts of certain acids, such as uric acid," explains entomologist John Edman, PhD, spokesman for the Entomological Society of America. "These substances can trigger mosquitoes' sense of smell, luring them to land on unsuspecting victims. But the process of attraction begins long before the landing. Mosquitoes can smell their dinner from an impressive distance of up to 50 meters." This doesn't bode well for people who emit large quantities of carbon dioxide. Movement and heat also attract mosquitoes, the article says.

Apparently, with the mild winter and hotter temps this past year, the mosquitoes are out even more. Prolonged heat accelerates the life cycle of the mosquito and even aids in the development of the West Nile virus within its body, meaning the mosquito transfers the virus to humans more quickly after contracting it from an infected bird, the bug experts say.

The same science logic seems to apply to fleas, too.

Of course, this was all fodder for some great questions from my wife, who happens to be a fan not only of the Twilight movies but also the TV show Vampire Diaries. Yes, her inquiries were all about whether I would be more appetizing to the undead blood suckers, should they appear. A stream of questions not far off from what our friend Jessica Apple dreamed about last summer.

Anyhow, all the sci-fi aside... we did what we had to in fighting the fleas -- not only for our Riley dog, but also to ward off my my PWD-prone itching.

The house de-fleaing began. Inside. Washing everything. Beds. Clothes. Couch and cushions. Vacuuming everywhere each day. Spraying to kill off whatever festering fleas might be lying dormant -- something they can do for years until new "fresh blood" comes around and wakes them up. Gross. We restarted Riley on monthly flea meds, and also sprayed the yards to kill off any fleas hiding in the grass.

Within a couple weeks, Riley wasn't itching constantly anymore and the fleas seemed to back off me as well.

Apparently, most dogs gets fleas to some degree at some point in their lives. That's not news. But the PWD-impact was new to me, even with the pretty common knowledge of mosquito susceptibility.

I guess the lesson learned here is that if you're a PWD with an itchy pet, and you start feeling that same way, beware of what that may be snacking on you. Apparently, they've got us in their sights.

I suppose, though, we have one thing to be thankful for: At least they're not vampires, so once bitten, we remain our sweet-blooded selves.