Thawing Out a Frozen Shoulder, with Diabetes 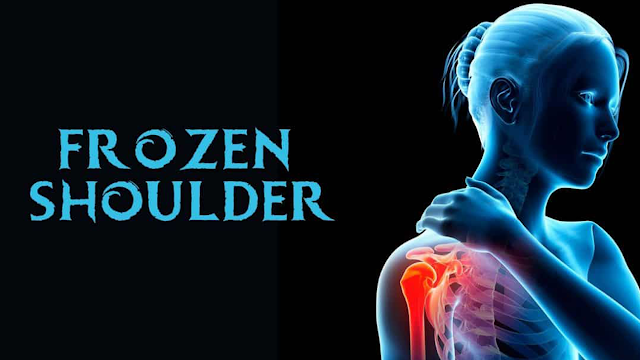 "I couldn’t remember a specific incident, but was sure it was just a stubborn basketball injury," said Johnson, a longtime type 1 for more than three decades who blogs at Scott's Diabetes and works for the app company mySugr.

But after months of physical therapy with no progress, and even what he describes as "negative progress," Johnson was diagnosed with adhesive capsulitis, better known by most people as frozen shoulder.

This is one of those lesser-known diabetes complications, one that doesn't get discussed much in comparison to vision loss, nerve damage, and a host of other very scary ones. But it's a complication that can be painful and life-altering, and isn't always easy to recognize when we might just equate it to "the wonders of getting older."

Overall, it's not really on the radar unless you're personally experiencing it. Here's the scoop on frozen shoulder, for those inquiring minds in the Diabetes Community.

What is frozen shoulder?

In a nutshell, it happens in three stages:

Digging deeper into the medical side of how this ailment affects your body, we learned that surrounding your shoulder joint is a bundle of heavy-duty connective issue called the shoulder capsule. For reasons that aren’t clear, in some people the tissue thickens and becomes tight, and then stiff bands of tissue called adhesions develop, making movement of the joint painful and even blocking the shoulder joint’s normal range of motion.

It's a progressive condition, starting slowly with occasional pain, and then a reduction in the ability to move the joint. At first, perhaps, reaching something on the top shelf becomes difficult. Then impossible. Eventually, it can become so debilitating that you can’t even dress yourself.

And it’s not just that you can’t raise your arm; the arm can’t be raised, period. Frozen shoulder is characterized by what is called "loss of passive range of motion."

Passive range of motion is simply how much someone else can move a joint. In other types of conditions, a person may not be able to move his or her own shoulder beyond a certain point, but someone else could easily move the joint farther. But with frozen shoulder, the shoulder is, well... frozen. Physically stuck.

It cannot be moved farther.

And then what? Oddly, just when it gets worst, the process often begins to reverse itself. Like the seasons of the year, the natural progression of adhesive capsulitis is often described in stages of freezing, frozen, and then thawing.

Who gets frozen shoulder?

Each year in the United States, 200,000 people are diagnosed with frozen shoulder. It’s most common between the ages of 40 and 60, and more common in women than men.

Of course, it should come as no surprise that people with diabetes (PWDs) are more likely to get it than anyone else.

The American Diabetes Association reports that 10-20 percents of PWDs have frozen shoulder. Meanwhile, consumer literature often reports that PWDs are three times more likely to get frozen shoulder over sugar-normals (non-diabetics), and the actual risk may even be much higher than what the stats show.

That last set of numbers led the researchers to call for screening for diabetes in any patient diagnosed with frozen shoulder — wow, what a way to get diagnosed!

And this is one time where we T1's share equal risk with our T2 cousins. There was no significant difference in prevalence between the two types, nor between T2s on insulin vs. T2s on oral agents.

Generally, there are a number of ways to treat frozen shoulder without turning to medications or surgical procedures. The traditional treatments for frozen shoulder are physical therapy to try to gradually stretch some flexibility back into the joint capsule, sort of like stretching out a pair of too-tight pants by wearing them for an hour a day.

There are certainly other options, including medications. Your doctor may advise an exercise program in combination anti-inflammatories, as well as cortisone or steroids, hydrodilatation, or hyaluronan injections.

Johnson was wary of how steroids might affect his blood sugars, so he opted to not pursue that option.

On a more "nuclear treatment option," there's a form of surgery in which doctors knock you out with a local anesthetic and force the shoulder through a normal range of motion to break the ice of the frozen shoulder.

Beyond those methods, it's important to know that adhesive capsulitis is one of the few health conditions that can actually go away if you ignore it.

As noted, frozen shoulder does eventually thaw on its own, but it can take up 2-3 years to completely heal. And during that time, the pain can be staggering.

Johnson said, "Every once in a while, both on the court and around the house, I’d jar my body in such a way as to hurt my shoulder. It was a knee-weakening, breath-taking, seeing-stars type of pain."

And that knee-weakening, breath-taking, seeing-stars pain got more and more common as time went by for Johnson. His ice wasn’t thawing, so to speak, and it became so painful it was interfering with his daily life.

"I was avoiding basketball instead of looking forward to every opportunity," he said, noting that new lack of activity trashed his diabetes management and, he says, his mental health.

It was time to take more aggressive action.

Hydroplasty therapy is an option

A relatively new treatment that Johnson heard about and decided to undergo is called a Shoulder Joint Capsule Distension (a.k.a. hydroplasty).

Under a local anesthesia, the joint capsule is filled with mixture of saline, anesthetics, and a small dose of steroids to stretch it out, much like blowing up a balloon. This procedure is followed up by "intense" physical therapy to break down the adhesions.

Johnson described the procedure as "quick, easy, relatively painless," and he said it didn't take longer than 10 minutes. The physical therapy started immediately after the injection, and continued for one hour every day for the following two weeks, followed by 30 minutes every other day for another week, with additional "homework."

Or, as Johnson describes it:

"That was one meaning of intense when my orthopedic doctor described the physical therapy requirements — it required a real commitment and the ability to manage so many appointments. The other meaning of intense was the physical therapy sessions themselves. I listened to my shoulder make unnatural sounds," while the therapist moved his arm around, said Johnson, adding, "all I could do was breathe through the pain."

After the first intense physical therapy treatment Johnson was unsure about the course of action he’d signed up for. But two days into the treatment, he was back on the court, playing basketball again with, "very little pain and dramatic range of movement."

He said the most challenging part was "convincing my brain to use my left arm again!" 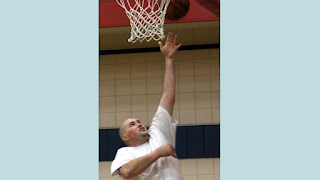 More than a year after that surgery, Johnson said his left shoulder still felt good and he wondered why hydroplasty isn’t a better-known option for treating frozen shoulder for those with diabetes.

With his left shoulder is back in the game, Johnson said he started to worry about his right shoulder that had started to show some early signs of adhesive capsulitis. If that progresses in the right shoulder, Johnson planned to sign up for another round of hydroplasty with intense physical therapy.

"I would do it again in a heartbeat, as soon as my doctor feels it's an appropriate treatment," he said, adding that he'd push his doctor to move more quickly on his right arm. "That is my shooting arm, so I wouldn’t want to wait so long."

Originally written by Wil Dubois at DiabetesMine in April 2017