It's me again. The guy you've added to "The List" on potential rabble-rousers, those you sound warning bells on whenever their name pops up in the call que or a written communication comes in. Yep, that guy.

We've done this dance before, you and I. Remember?

Letter to My Insurance Company: I'd Rather Not Die Today

My inhaled insulin Rx request that you initially denied, and then changed your mind on. The other battles that I didn't care to continue, because even though it was a question of improving my health, it wasn't worth my sanity.

Yet amazingly, you don't seem to learn the lesson. Even though it's clear you have a pattern of "deny first" and thoughtfully-consider the request later on appeal, the cycle continues.

Alert your supervisors, because you're all in for another round.

A few weeks ago, my doctor's office called in a prescription for a new type of basal insulin. We had met earlier that day in his office, discussed my diabetes data and all of the medications I've been using. He and I both agreed, after analyzing my data and determining that my current and past insulins were not working effectively to achieve the desired outcomes that a change was in order.

We decided that Tresiba was unique, doing something that other insulins did not. It had good customer feedback from those who've used it, and the science shows it lasts 42 hours instead of how long the competing Lantus and Levemir last (sometimes not even the full 24 hours they are labeled for). Because of my specific situation, my doctor agreed this would have a better chance of lowering my glucose variability, stopping those dangerous Lows that I have been experiencing, and even improving my A1C more than we've been able to accomplish to date.

I was excited to find a medication that might actually help keep me healthier and limit some of the scary hypoglycemia and hyperglycemia I have been seeing.

In your denial letter, you specifically stated:

Holy, hell. Did you seriously tell me to "try and fail" for an effective 6 months before starting a medication that my physician and I both agree has the likelihood to improve my health????

That is very concerning language, on so many fronts. It's like you telling me to continue drinking toxic water before you'll give me access to bottled water. "Hey, data shows your current water is not good for you, but we want you to use that for three months. AND THEN, go next door to the house that data shows also has less-than-ideal water, and use that for three months. ONLY THEN, will we make sure you have access to clean bottled water that's shipped in from outside the city."

Seriously, Blue Care Network. That is what your official denial letter says to me.

Here, let me put this in terms you may be able to better understand. Maybe a car analogy will help you better grasp the foolishness of your decision-making here:

If My Diabetes Management Was a Car...

I currently own a car, and you've paid for the wheels and gas and some of the engine work that's been done on this during the past 8 months.

However, when I drive this car on the local side-streets or expressways, it's a bumpy ride. My car shudders, sometimes resulting in my loss of control of steering and acceleration. 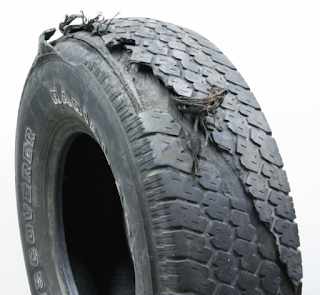 In consulting with my expert mechanic, who examined the body of my car and spent time looking under the hood, he advised that I needed 4 new tires.

Realizing that this is a serious problem that endangers not only myself but other people on the road, I've decided to address this issue and buy new tires. That is what I've asked for you to help on, since you're in the business of helping your insured customers achieve better outcomes.

Instead, you questioned my mechanic's orders. You relied on the textbook answer that was written years before my current car was even manufactured on the line, and was written based on outdated auto mechanics.

Your logic: I should continue driving on what I have now, for at least three months. And if that doesn't work, I should not listen to my mechanic and I should rotate the tires in hopes they'll magically heal themselves and allow for a smoother ride. By your reasoning, that tire rotation is a "clinically equivalent" option to buying new tires.

"Try and fail," is the language you used in a denial letter. You also talked about cost management and how this is a basis for your decision-making.

In the meantime, I wonder what happens if my car stutters and stops on a busy interstate? If I am seriously injured in an auto accident as a result of my car not functioning properly? If I am unable to work and be a productive member of society, as a result of my car malfunctioning because you denied to fix it based on the expertise of a mechanical expert who has actually looked at my car and warned of these potential issues?

I doubt you'd be quick to cover those above scenarios, probably because of the same "cost containment" rationale. And I wouldn't be surprised if you offered up language in denying those expensive claims, along the lines of "You should've fixed this before it became dangerous."

No, Blue Care Network. You are the one making dangerous decisions here. 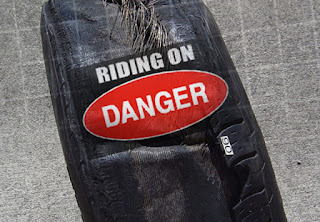 You are forcing me to drive down the road on dangerous, worn tires. I'm riding on danger, because you won't do what you're supposed to in helping me afford the best treatment that will keep me safe.

My physician has offered medical advice based on my patient data, and we have determined the best course of action. We understand that you're concerned about containing costs, as we all are. But we also know that this particular Tresiba Rx is the best option, and it's different than anything else out there. That's why we have asked you to cover this medication, something that isn't "clinical equivalent" to anything else but has the potential to keep me safe and healthy.

We have already started the appeals process for this particular prescription, and I trust based on past experiences with BCN that this will be overturned and approved sooner, rather than later. For example:
All of this proves to me that your decision-making process is, by design, aimed at denials and making it more difficult for patients and providers to obtain coverage.

No, I don't think insurance companies should be in the practice of blindly approving anything and everything we ask for. Yes, there does need to be some oversight and cost-analysis weaved into this review process. However, even when physicians follow your clinical criteria to the letter, and submit documentation showing so, you have a policy to deny first.

My hope is to highlight the arbitrary nature of your policies and decision-making, to help you understand that they simply don't make sense and go against both common sense and medical standards.

To be clear, I'm not worried about myself, and obtaining this particular medication. My concern is more about the pattern of denial your insurance company seems to have. I'm troubled by that trend, and worried about other patients. Those who don't know that they don't have to take No for an answer, but they have options to appeal.

My own doctor has told me of situations where he has Rx'd particular items, only to find out at a patient's next visit that they ended up not ever using it because of an insurance denial. They either decided they weren't able to get coverage for that medication, or they weren't interested in appealing for what they needed. I can't even imagine how many doctors out there have a blanket policy within their practices of not appealing, simply because they don't have the time or resources to devote to that process.

That's wrong, in my opinion. And I believe it goes against the very definition of what you profess to be all about, in your mission statement on healthcare coverage for people who need it.

With that, I leave you my ask:

Please, listen to the doctors who are writing these prescriptions. They know what they're talking about, as physicians, and we trust their medical advice.

Rick Phillips said…
Mike: This past year in Indiana the RA community along with many other chronic communities, fought the battle over step therapy. We sort of won, and sort of lost. We will be fighting this issue for a long time. It may be the worst idea in the world.
August 25, 2016 at 8:54 PM

kcphaeton said…
Mike your a great man and inspiration for your heartfelt comments. To good health. I hope they listen.
August 26, 2016 at 5:15 PM