Hello, Gym (aka Improving My Health While Nearing 40) We joined a gym in late July and my diabetes management habits have been noticeably different since then. Combined with lower-carb eating (roughly half the time), I have noticed a dramatic difference in my blood sugars and overall diabetes management and health.

Sure, there are days when I feel so much more tired. Because workouts can be physically demanding and energy-draining. But most of the time, even after working out and when my muscles are whining, I feel invigorated and more on top of my game.

My diabetes data (and habits) show it's working:
With all of that being said, there's quite a ways to go.


We're paying quite a bit of money for the gym and at times for the lower-carb food choices, but it's worth it to us.

We have been talking for a few years now about joining a gym, but just had not pulled the trigger on that. Sure, we added some dog-walking and other small exercise components to our daily and weekly routines, but it wasn't anything scheduled and more often we slacked on actually doing what we said we would. 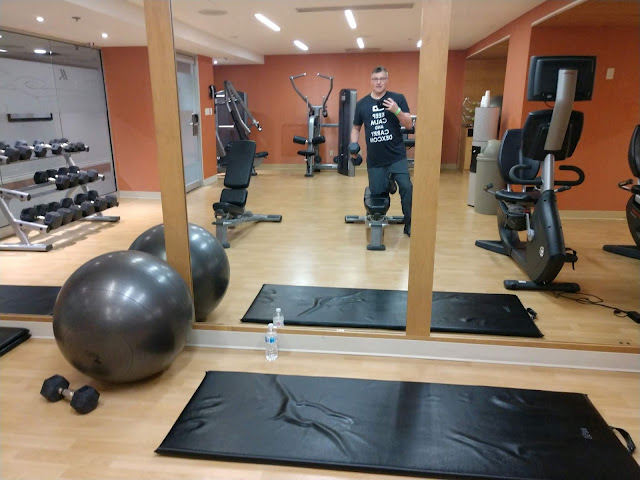 As we both head closer to age 40 (I'm nearing that in February 2019!) it became clear that we needed to make more of a concerted effort to improve our health. On the diabetes front, this has always been on my mind. But over the recent years, I've noticed -- aside from my general "beer belly" growing a bit larger -- that it was more difficult to make long walks, navigate large conference centers, or make the trek up and down parking garage stairs. I would get easily winded. On top of that, my niece and nephew (currently ages 6 and 4) take up my attention more often, and simple things like picking them up, playing "airplane kids," or chasing them around the house/yard gets more tiring.

I swam for four years in high school and a bit recreationally in early college, but that is pretty much the last time I can proclaim to have taken part in any competitive sport or exercise routine. And any workouts or gym experience is now 20 years in the rear-view mirror. Along with any muscle strength that would've been gained back in those years.

So, nearing 40, the time to do something different arrived.

The gym we chose is a half-mile from our house, so on nicer days I have the option of easily walking there as part of my warmup and cool-down.

We've been pretty good about getting into the gym at least a couple times a week, at least up until the holiday arrived. With work travel on my end, some "real people sickness" and the holiday-time, we slacked a bit in November and December. But we're working to get back into the routine.

On days when I didn't make it into the gym for whatever reason, we also have a small amount of equipment at home to use. I've also made it a point when traveling for work to make use of the smaller hotel gyms available.

Also of note: For the past year or more, I've noticed my left shoulder is much more tense and sore. To the extent I can hardly put a long-sleeve shirt or jacket on without a bit of trouble. While it's possible this is a diabetes-related complication known as "frozen shoulder," I'm not 100% convinced of that and my personal trainer seems to think it's just a rotator cuff issue. So we have been doing specific stretches and exercises to battle that... and I've noticed it has helped a little bit. This may be a sign of age and even the need for a new bed and mattress, but that's TBD. At least the bands help and for now, I'm happy with this. 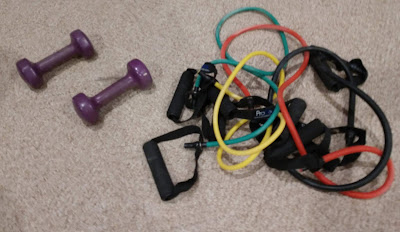 Our personal training sessions end soon, but we have a gym membership through 2019 so we'll be in there multiple times a week getting our workouts on.

Here's to a healthier year as we move into our 40th birthdays.
D-Living exercise Food

Rick Phillips said…
Hey Mike, good going dude. Bravo for using less insulin, (my total fell as well) as I lost weight and became more active. It is a great feeling to not buy so much insulin.
December 27, 2018 at 8:06 PM

Rakhi Yadav said…
I am Rakhi Yadav, a Content Writer in Success Dunia. There are Lots of Distance Education Universities that are Running in India and According to Students Opinion, The IGNOU University is their First Choice. There are Lots of Reason Behind This, The First is the Syllabus of IGNOU is Student Friendly that’s Why Students Like this So Much, Compared to All. ​IGNOU Admission Process is Also Simple, and 2 Times in a Year Students Can Get Admission Here, the ​IGNOU Exam Process is also So Simple, Because there are Lots of Exam Centres are Available in India, So that Students Can Comfortably Give Exams in Their Suitable Location. But Before Giving Exam Students Should Make IGNOU Assignment Status First.
September 17, 2022 at 4:51 AM