Mopping Up After a Nightcap Hypo

October 27, 2015
My watch said 10:56p, and as I walked toward the glass gas station door, the time written on the glass told me closing time was in roughly 4 minutes. 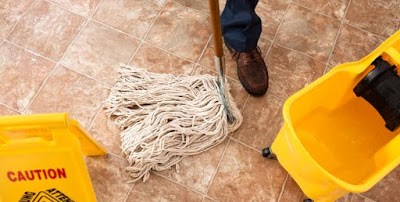 Though the glass, I could see the gas station attendant mopping up around the counter. The shiny wetness told me he'd already cleaned the floor in the two food aisles where I planned to beeline toward once going inside.

As I pulled the door open, he tossed a semi-annoyed look at me and the black dress shoes I was tracking inside.

"Did I make it?!" I asked, glancing at my watch for no reason except to show him how concerned I was with the time.

He didn't respond, but I really didn't care because this wasn't a pleasure visit to the gas station.

No, I had a mission. And the vibrating Dexcom G4 on my belt reminded me that there was a more critical point to all of this.

The 48 on my Dex receiver and CGM in the Cloud connected Pebble watch reminded me of the more critical point to all of this, the nightcap hypo that had dragged me from crawling into bed at a nearby hotel.

This wasn't the kind of night cap I'd wanted.

Here I was, on a two-day work trip, just close enough to home that I could make the 90-minute drive but far enough where it was better to just stay the night locally. I'd been walking around a college campus for a good chunk of time, and after finishing up the day's event snagged some lower-carb food and a drink at a nearby restaurant. I had just found my way to the hotel for the night and after ironing my shirt for the following morning, was ready to crash for the night.

Then, I heard the vibration and "BEEP BEEP BEEP"of Dexcom on the nightstand.

I'd been ignoring the down-trending arrow for awhile, assuming at some point my dinner would kick in and start boosting my blood sugar. But that hadn't happened, and now I was dropping dangerously low.

Two straight down arrows. Already Below 55. And then, it dropped into the 40s.

Nothing in the backpack or quickly-packed dufflebag, I discovered. An out-of-state work trip a couple days earlier meant that on my one day off, I hadn't restocked with a cracker pack or anything of substance to keep my BGs balanced.

In my Hypo Mind at that moment, I didn't realize that I did have a jar of glucose tabs but it was buried in my duffle bag.

This was a smaller hotel just outside of the college town I was in, and the vending machines in the hallways only had drinks. I bought an orange juice with the $2 in my wallet, but this wasn't going to keep my sugar steady and it would start dropping once I actually went to bed.

This low I could feel. It wasn't completely impacting me yet, but I knew it would be minutes before that started setting in.

So that meant going outside the hotel to the gas station a block away, on the corner. I choose to drove and not walk in order to not risk going lower thanks to the exercise. Keep in mind, I'd already gulped down half a bottle of Sunkist juice from the vending machine, so I knew it was just a matter of time before I would see the surge upward.

Pulling up to the gas station, the pumps were already dark and I could tell it was almost closing time. But I needed food.

Once I walked inside, it was a simple task -- once I could focus enough to figure out what I needed to buy -- of grabbing a few snack items. Pop tart, a candy bar, another OJ, and a pack of Nutter Butters.

Stuff that was all in one place on a shelf corner, and had some substance in case I dropped lower overnight at any point again.

"Is that all?" the gas station attendance asked me, once he put his mop down and was behind the register.

"Yep, just these. Nothing fancy."

"Some late night snacking, I take it..." he offered, searching for more of a reason as to why I barged in disrupting his mopping routine.

"Pretty much. Stocking up."

That's all I said.

In my head, I fumbled around with thoughts of justifying my purchase. Maybe that this was pretty much for medical reasons, and how this could be a moment of diabetes advocacy. I felt guilty. Both for the thought that I was contributing to society's perception of unhealthy late-night eating, and also that I didn't "advocate" or anything.

But nothing more needed to be said in that moment. I had my food, paid and let the attendant go about his closing-time mopping.

And I went back outside, ripped open the Nutter Butters, and began mopping up my low blood sugar symptoms for the night.

Unknown said…
What a crappy night Mike. The insight into what some lows in Joe's adult life may end up looking like is helpful...and a little scary. Sorry the mop-per guy gave you the stink-eye.
October 28, 2015 at 2:15 PM

Karen said…
Ugh!!! It's okay not to wear the advocate hat all the time. Taking care of ourselves is a full time job, and sometimes we need a break from the educating others side of it. Glad you took care of you!!
October 28, 2015 at 4:09 PM

Unknown said…
Yup, I can relate to the feeling that it takes all of your concentration to try to act like a normal person when your blood sugar is falling fast and you're beginning to panic that you won't get food into your body in time. Glad you got to the gas station before it closed and didn't have to drive around looking for another place.
November 8, 2015 at 1:14 AM